HISTORY OF THE CLUB

BILLINGHAM TOWN was originally known as Billlingham Social Club and was founded in 1967 by Tom Donnelly and Robbie Cushley. Tom, who played in Town’s first game back in 1968, has been secretary of Billingham Town since its conception until 2000 when he

relinquished this post to become chairman of the club and subsequently is now life president.

In 1968 Town joined the Second Division of the Stockton & District League and won the league title at the first attempt, playing at Mill Lane and the legendary slope – the top of the corner flag was level with the crossbar. Town stayed in the Stockton League until 1973 and won the Division A League title three times and the League Cup twice and also winning the Stockton Charity Cup twice.

In 1974 Town were admitted into the Teesside League and remained members for eight years.

In 1982 the club took the golden opportunity of joining the newly formed Second Division of the Dryboroughs Northern League and changed its name to Billingham Town. After three years in the Second Division Town gained promotion into the First Division but were immediately relegated back to the Second Division in 1986. However, they bounced straight back in 1987 and lost to neighbours Synthonia in the final of the Durham Challenge Cup a year later. Another relegation followed in 1991-92, but they regained their place in the top flight in 1997-98 and have remained there since.

After being runners-up in the Durham Challenge Cup in 1988-89 and 2001-02 Town eventually won the cup in season 2003-04 when manager Alan Robinson led them to a 3-1 victory over then UniBond side Bishop Auckland.

Since 1981, ground improvements at the Bedford Terrace ground have resulted in new dressing rooms, a cantilever stand, hard terracing behind one goal, hard terracing and covered accommodation opposite the main stand. A refreshment room and a re-turfed pitch surrounded by an 8ft boundary fence around 5.5. acres of land.

Bedford Terrace is now recognised as having one of the more attractive grounds in the North-East. Floodlights were installed in the 1992-93 season with the official switch-on match against Middlesbrough F.C. After sever gales blew down one of the pylons, Town installed new floodlights in 2003.

In the summer of 2007 Hartlepool United invested in Bedford Terrace and completely re-laid the football pitch to a depth of several feet and installed new drainage. The new pitch measurements and now exactly the same measurements of Pool’s Victoria Park. Also behind the scenes there has been a total facelift with new showers and central heating being put in the dressing rooms. Hartlepool now play the majority of their home Reserve games at Bedford Terrace.

The 2015/6 season saw the arrival of Manager Barry Oliver and assistant Graham Popple whom have brought stability to the club and managed a respectable finish season.

The 2016/17 season was one of the club most exciting inrecent years with a FA VASE run saw Town knocked by Cleethorpe Town in the 4th Round proper. The Lincolnshire side went on to make the final only to be beaten by South Shields. Also that year Craig Hutchinson broke the record for goals scored with a total of 59.

At the end of the 2017/18 campaign, stalwart of the club and long running Chairman & Secretary, Peter Martin announced his retirement from all club duties.

Unfortunately the 2017-18 campaign saw the club rapidly decline off the field with volunteers leaving and attendances dropping dramatically.

In January 2018 the Billingham Town Supporters Trust was set up which worked to oust the regime in charge, eventually taking over the running of the club facilities on 18th February after an EGM of club supporters and volunteers. Paul Beddow was voted in as the new Chairman of the Supporters Trust along with a strong committee behind him.

The new committee immediately set about getting the club back on track which saw many ex-volunteers and supports return and rally around the club.

At the end of the 2017-18 season, Manager James Hunter and his assistant Harry Taylor stood down from their positions, and the club moved swiftly to appoint familiar face Barry Oliver and ex-Thornaby manager Paul Edwards as a joint management team.

The 2018-19 season was a successful one, exceeding all expectations, with the club earning promotion as League Champions - the first title in the Northern League.

2019-20 saw the clubestablish themselves in the Northern League First Division. Working their way to the top half of the table, the season was cut short when the Covid-19 Pandemic saw the season cancelled and the country enter lockdown for 5 months.

OVER THE years several players who had their start at Billingham Town went on to have careers in the full time game. Pride of place must go to the only one who went on to win international caps, GARY PALLISTER, who did in fact win almost every honour in the game. He joined Middlesbrough in November 1984 from Billingham Town and went on to play 189 games for them, plus seven for Darlington, where he had a loan spell a year after joining Boro. In August 1989 he was sold to Manchester United for £2.3m and over the next nine years, along with Steve Bruce, formed a vital part of the United side that won virtually everything. In the summer of 1989, after 437 games for United, he was sold back to Middlesbrough for a £200,000 profit. Though he did play 61 games back at Middlesbrough, injuries were taking their toll and it was no surprise when he retired in the summer of 2001.

MARK HINE played for Billingham Town and Whitby Town before being signed by Grimsby Town in October 1983. Over the next 10 years Mark played 252 games for Grimsby, Darlington, Peterborough, Scunthorpe and Doncaster Rovers. Since leaving the full time game he played with Gateshead, Stalybridge Celtic, Spennymoor and Whitby Town among others, picking England Semi-Pro caps up along the way.

Two football league clubs actually signed TONY BARRETT from Billingham Town. Grimsby Town signed him first, but released him after he had played 28 games for them. He rejoined Billingham, however after a few months Hartlepool United paid £1,000 for his services and he rewarded them with 116 games before moving to York City in March 1989. He went on to play 166 times for York, but sadly his last season there was marred by a serious groin injury and he was released in the summer of 1955.

Ironically, GRAEME HALL, who left Billingham to go to a bigger club never tasted league football. Graeme was signed by Arsenal and though he was sign on pro forms in 1994, he was freed a year later without a first team game. He then spent a season with Barnet, but again failed to make an appearance.

GERRY FORREST played for Southampton and Rotherham and also represented the Saints in veterans, still plays in the Over 40’s league alongside Town old boys Paul Rowntree, George and Gary Woodhouse.

NEAL BISHOP played for Town for a number of years before moving to UniBond sides Gateshead, Spennymoor and Whitby Town. He then played Conference football with Scarborough before being transferred to York City where he was instrumental in the Minsterman’s campaign in 2006-07, helping them towards the play-offs with some impressive midfield displays. He eventually won the ‘Player’s Player of the Year’ and the ‘Supporters Player of the Year’. After being out of contract with York City in June 2007 he signed for Barnet and immediately stamped his authority on the Barnet midfield with his displays being a central feature of the Bees good start to that season. Neal won England C honours that season and finished up as club captain of Barnett before his transfer to Notts County in the summer of 2009 where he had a successful season finishing in County winning the league and promotion to Division 1. 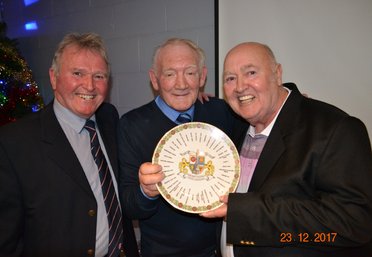 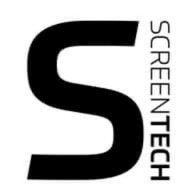