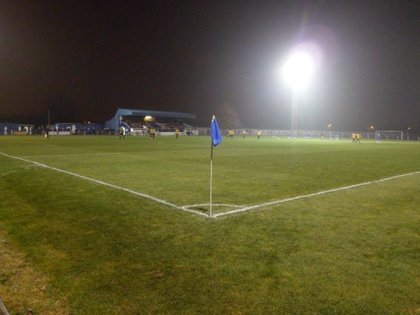 "Following the recent failing of our floodlights I have been working hard over the past few weeks to resolve the situation.

"After the floodlights failed and subsequent examination by Northern Grid it became apparent that not only were their problems with the floodlights, but more importantly the current electricity supply was insufficient and was causing the system to overload.  This obviously was dangerous and a potential fire risk.

"The advice from Northern Grid was to apply for a load increase to alleviate any future potential problems. This advice could not be ignored due to the current risk assessment and our insurance responsibilities.

"Paul and I subsequently had a meeting with the Northern League to explain the problem we were facing and they agreed to rearrange some matches to be played away and for some of our home games to be brought forward to 2pm kick off, which would eliminate the need to use the lights.

"I have obtained three quotes from floodlight companies throughout the UK ranging from replacing the control gear, installing new lights and new towers to just replacing the failed lights and control gear but retaining the existing towers. Quotes have also been obtained from independent electrical contractors, as additional work has to be done to connect the new supply from Northern grid.

"I have submitted a funding application to Impetus Environmental Trust who supports projects that are sustainable and recognise the importance of community involvement, in local communities. I have submitted alternate bids to the Trust ranging from replacing the existing lights with new to repairing the lights and replacing the failed control gear.

"The bids also include the Northern Grid and electrical contractors costs for a new mains service connection, which is a priority and must be done regardless of the situation with the floodlights.

"I will keep you updated of progress."