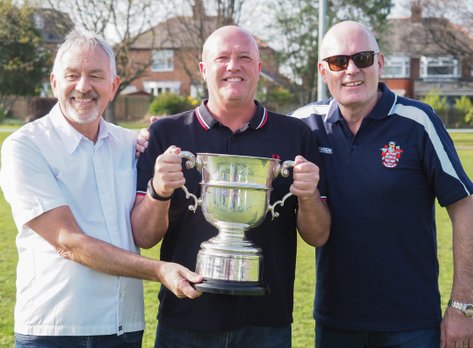 Following the recent resignation of Paul Beddow from his post as chairman of the Club on Friday, the directors of the Club held a board meeting on Friday 26th June and following a subsequent vote John Tough was elected unanimously as Interim Chairman of the Club. The election was in line with the provisions outlined in the articles of association of the club.

John will hold the post of chairman until it is appropriate to hold the next Annual General Meeting (AGM) when new elections take place to appoint the Chairman and Directors of the club which is a process that takes place every year.

The Club is delighted that John has agreed to undertake this role in a time of rebuilding and transition. John has vast experience from a managerial level and has contributed greatly to the progress of this Club over the last two years.

In a statement to the Club John said, "Firstly I would like to thank Paul for the hard work, time, and unerring commitment he has demonstrated in achieving substantial progress and financial stability for this Club.

"His achievements cannot be underestimated and the board and supporters owe him an immense gratitude. I fully intend to embrace the legacy left by Paul of which he can be immensely proud and work to enhance the future progress of this great Club. I am grateful for the support I have received over the last two years from the board and supporters and I thank you for your previous kind comments.

I will endeavour to work hard on behalf of the Club, supporters, players, and playing staff to ensure we are in an even stronger position to move forward by ensuring we have the correct infrastructure and strategies in place on and off the field.

"I am not a pessimist and we should believe in ourselves and use that self-belief to thrive. I believe the future is bright. Yes there will be some challenges but nothing we can’t overcome together as a progressive board, magnificent supporters, and players. I consider it a privilege and an honour to chair this Club and hopefully you will all support me as we move forward together “