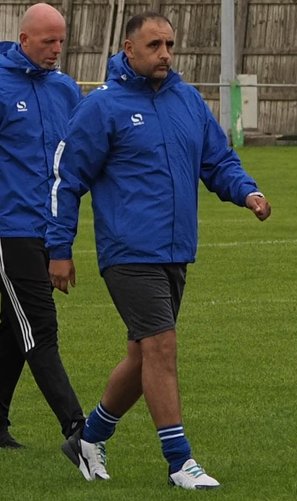 PAUL EDWARDS STEPS DOWN AS MANAGER

Billingham Town football are disappointed to announce that manager Paul “Eddie” Edwards is standing down from his position forthwith.

Paul has had several meetings with the Chairman over the previous week and have agreed that he would stand down as manager by mutual agreement.

Paul came to the club last season as joint manager with Barry Oliver. He was at the helm in what become a remarkable title winning season to take the team to Division One of the Northern League.

After taking over the full manager role this season, he has taken the team to the top half of Division One and has established Billingham Town Football Club as a solid 1st Division outfit.

"We have had long meaningful conversations over the past week but unfortunately circumstances have changed for the club and for Paul and for that reason Paul felt that he needed to step down for the club to move forward.

"I’d like to put on record my personal thanks for what he has done for the club, the support he has given me and I am sure that the players and fans know only too well what contribution he has made over the past two seasons. I wish him well.”

The club will make further announcements in due course.