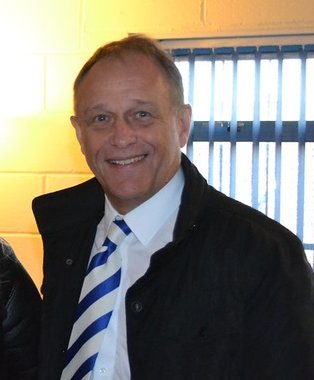 The club is pleased to announce that Rob Fenby has been appointed as club secretary, and will oversee the primary administration of the club and limited company.

Ray Morton remains in his position as football secretary in charge of all footballing matters for both the first and U23 teams.

Rob was previously with the club up until 2 and half years ago as a member of the executive committee as well as match day photographer.

He brings with him vast experience in company administration, having ran his own engineering company for many years.

Rob said, “It's really great to be back at Billingham Town. Work commitments forced me to take a sabbatical a couple of seasons ago, but I kept an eye on results and news via the website and social media, and was delighted to see the club go from strength to strength.

"Fond memories such as watching my son play for the first team, the amazing away days in the FA Vase, and our terrific supporters are still vivid and refreshed when I revisit the thousands of photographs taken at the time.

"The current Administration, players and team management have brought exciting times back to Billingham Town football club. I thank the Chairman and Directors for affording me the chance to work for the club once again.”