The club is pleased to announce the majority of last season's title winnings squad has re-signed for the new season:

We are also pleased to announce the following new signings to bolster the squad as we prepare for life in the Ebac Northern League 1st Division:

Our first signing announcement comes as no surprise as we welcome James Frazer
to the club.

James is a precocious talent and won the player of the year award during his first
and only season at Billingham Synthonia along with the fans award.

James had this to say about signing for Town, “Baz and Eddy impressed me when
they talked about the club and also the faith they had in me by bringing me to Town.
The fans were amazing when I played in last seasons derbies and I look forward to
the challenge ahead.”

This will be James first season playing in division one and he stood out during the
Boxing Day derby when he marked Craig Hutchinson in a 0-0 draw.

We are delighted to announce Kurtis Howes as our second signing.

Kurtis was instrumental in Thornaby’s promotion run last season and his ability didn’t go
unnoticed as he won the Young Player Of The Year award by the Northern League.

Kurtis is an extremely gifted player and will prove to be an outstanding signing.

Kurtis spoke briefly on why he decided to sign for Billingham Town, “I’m gutted to have left
Thornaby but I’m ready for a new challenge and the opportunity to sign for Town was too
good to turn down. I was impressed with the set-up and I’m looking forward to meeting the
fans.”

Supporters will remember Kurtis for earning and tucking away the penalty when Thornaby
defeated Town 2-1, back in March.

Another excellent acquisition is striker Kallum Hannah from Billlingham Synthonia.
Kallum was a prolific scorer during his days at Stockton Town and bagged 16 goals
before last Christmas.

Kallum has since lost two stone and is back to his physical pique fitness.

Kallum was enthusiastic about signing for the club, “I’ve been on a diet to get me back
on track and I feel I need to prove a few doubters wrong. This is a fresh start and a new
challenge for me. I knew Eddy from my days at Thornaby and it was a no brainer to team
up with him again. The club is clearly on the up and I want to be a part of it.”

Kallum is a strong, determined and competitive striker and will be a perfect foil for Craig
Hutchinson.

Next up, we welcome on board another former Billingham Synthonia forward in
Connor Smith.

Connor scored 11 goals last season: mainly during the second half of the campaign.

Connor had this to say on the day he put pen to paper, “Joining Town will be a good

test for me, jumping up a division. Coach Craig Haley spoke to me in detail about the

set-up and I knew then I wanted to make the move. After their achievements last

season, it was an easy decision to make and the fans are unbelievable.”

Connor joined up with the squad on Wednesday night where they went through the
rigours of pre-season training!

And for now, our final signing announcement goes to experienced central midfielder

Dave is the older brother of Joe who helped Town gain promotion into division one.

this level of football is all about.

He had this to say on joining the blue half of Billingham, “I’m over the moon to sign

for Town, particularly after speaking to Eddy and Baz as they described to me their

vision for the club.

I know some of the lads and there is a great team spirit amongst them. The facilities

are unreal and I believe the club has the best pitch in the Northern League. I’m also

looking forward to the banter from the famous fan base!” 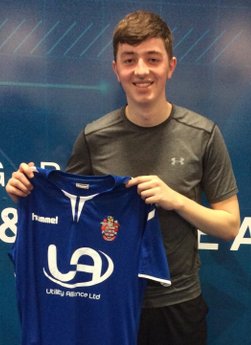 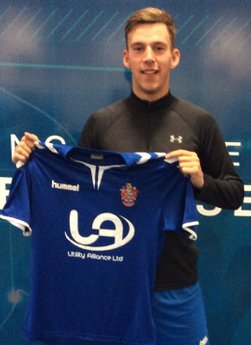 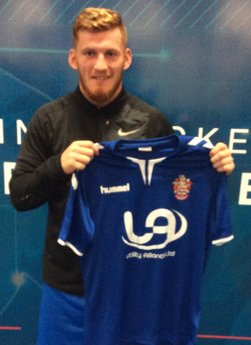 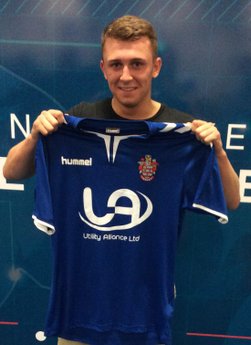 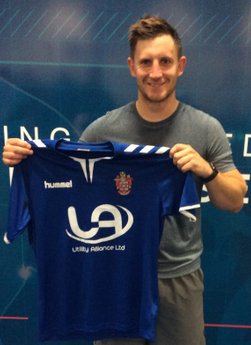